The Commissioner of Police
Perth 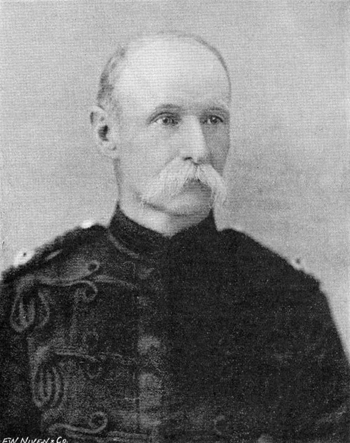 I have been waiting for an answer to my last telegram to you but no having received answer I am proceeding by the “South Australian” today.

I must confess I was very much surprised at your last wire to me and if the matter on which I came here has not come to a completely successful issue you have no one to blame but yourself.

When we had the first interview on this matter it was distinctly understood that no communication was to come from the Police Department direct but through the Colonial Secretary. This again was mentioned on Sunday morning when you gave me the code to use [?] telegraphing and again on the day before my departure yet on Sunday the 21st ulto you wired to me signing your name as Commissioner of Police. This telegram coming on a Sunday evening especially aroused suspicion and was handed to me just as I was trying to get some information from one of two men who had only arrived in Roebourne that day and whom I had good reason to suspect knew more about the matter than he would like to tell not expecting this telegram was from you I opened it and they naturally asked if anything was wrong of course I said no but next morning it was said in the town that I had had a telegram from the Commissioner of Police.

The reason why you received no letter from me was simply this. That I was doing my best and was out of town trying to get up evidence. I was trying to find out why Anketell went to the Pyramid [Station] and being too late to write I did not care to wire on account of the telegram you had sent me as I did not want to cause any more suspicion.

I was doing my best in the only way a man who know his business as a detective can do and had I been left alone instead of being thwarted by you the matter would have come to a successful issue.

Your last telegram to me was most ill advised to use misguided term your agreement with me was for two months at £12-/10/- per week and until the two months were up you had no right to expect any report from me as to whether I had succeeded or not but your telegram to me shows how little you know of detecting business.

My terms were these £12-/10/- per week. [?] 8 weeks passage paid to and from. I arrived in Roebourne on the 29th August last and I left on the 21st inst (actually landing in Cossack on the 28th August and left on the 21st next makes in all 7 weeks and 4 days. I would have stopped longer but I told you in my last wire that I would proceed no further until I heard from you.

I have received in all £70 but you have to pay my passage money to and from and upon receipt of the balance I will give you my report and return you the ticket as a special detective. I must ask for this money to be sent to me direct and not through a bank. You cannot blame me for the course I am now taking as you have threatened me with attaining money under false pretences. Had you waited till the two months had elapsed the whole matter would have been cleared up. Please excuse writing as I am writing on board the steamer and intend posting when I arrive in Fremantle.